What would you think if spending Christmas in Braga you came across all these people just before Christmas Eve?

Tip: When in Braga, do as the Bracarenses do!

tip: walk, walk and walk, leave the crowded streets, you might find interesting spots, pay attention to detail, take all the photos you wish!

I was expecting a bit more when I started my search – is there any difference between facade or façade, are both forms acceptable, is one the American form and the other the British one? Here are the answers: the word comes from the French, both forms are used in British English, façade is practically non-existent in American English, they anglicized the word turning it into facade, leaving its correct pronunciation to familiarity. I find façade far more charming and mysterious, the English language repulsion for diacritics replaced the esoteric “ç” for the unexciting “c”. Beautiful façades are very common in Braga, they leave us wondering what could be behind those thick walls! 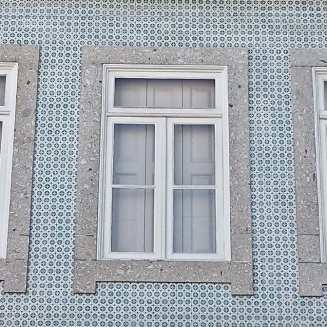 Going to Braga implies almost certainly a visit to the Bom Jesus Sanctuary outside the city – once there at its foothill, one more thing should be experienced – going up and eventually down by the hydraulic funicular – the oldest one in the world moving by water counterbalancing  built in 1882. The funicular track  is 274 metres (899 ft) long and descends 116 metres (381 ft). The wisest thing to do is to go up by the funicular and down the long zigzag pattern stairway so as to enjoy both ways to get to the top. The Sanctuary started being built in 1722 – the site offers tranquility, beautiful architecture and panoramic views out across the city of Braga and to the beaches of  Viana do Castelo and Esposende. 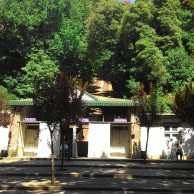 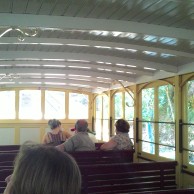 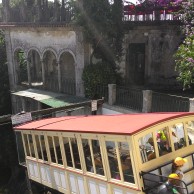 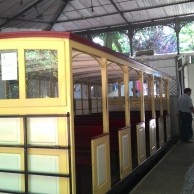 Where the fun in travel can be healthy and beautiful.

Until I know this sure uncertainty, I'll entertain the offered fallacy.